The Jetty (or Pier) was built in 1892 along with timber mills in the Jetty area, bringing a need for a Hotel to serve refreshing beverages and hearty food as well as provide a comfortable bed for workmen. The Pier Hotel was built in 1905, and has long been one of Coffs most recognizable landmarks.

In the early days, the Hotel also catered for weary travellers who journeyed by land and sea up & down Australia’s East Coast before guests took off on their next leg of their travel adventures. It was also a favourite holiday destination for tourists travelling by horse from as far afield as Bellingen and Dorrigo.

Following the Hotel’s destruction by fire in 1914, the Proprietor of the time, William Mann rebuilt the Hotel to cater for sea-loving visitors and for those who wished to inhale the health giving ozone or contemplate an early morning plunge in the surf (before 1902 it was illegal to swim in the surf in daylight hours).

The Hotel’s Manager, Mr Taylor, owned a couple of motor boats and conducted tours of the prolific snapper grounds where good catches were said to be the rule.

The friendly personable service has remained unchanged for more than a Century, ensuring the Pier Hotel is still one of the most popular pubs on the Coffs Coast.

“I think the Pier has a life all of its own. It’s iconic and it’s certainly the best location in Coffs Harbour for a Hotel, right on the Jetty strip with sea views. The Hotel rooms were refurbished in 2014 to stunning boutique accommodation standard. And with the newly opened rustic wine bar overlooking the jetty strip activity and the expansive Terrace bar at the back of the hotel, it is an ideal venue for group stays, parties and professional functions alike,” said Warren Skinner, the owner since 2007. 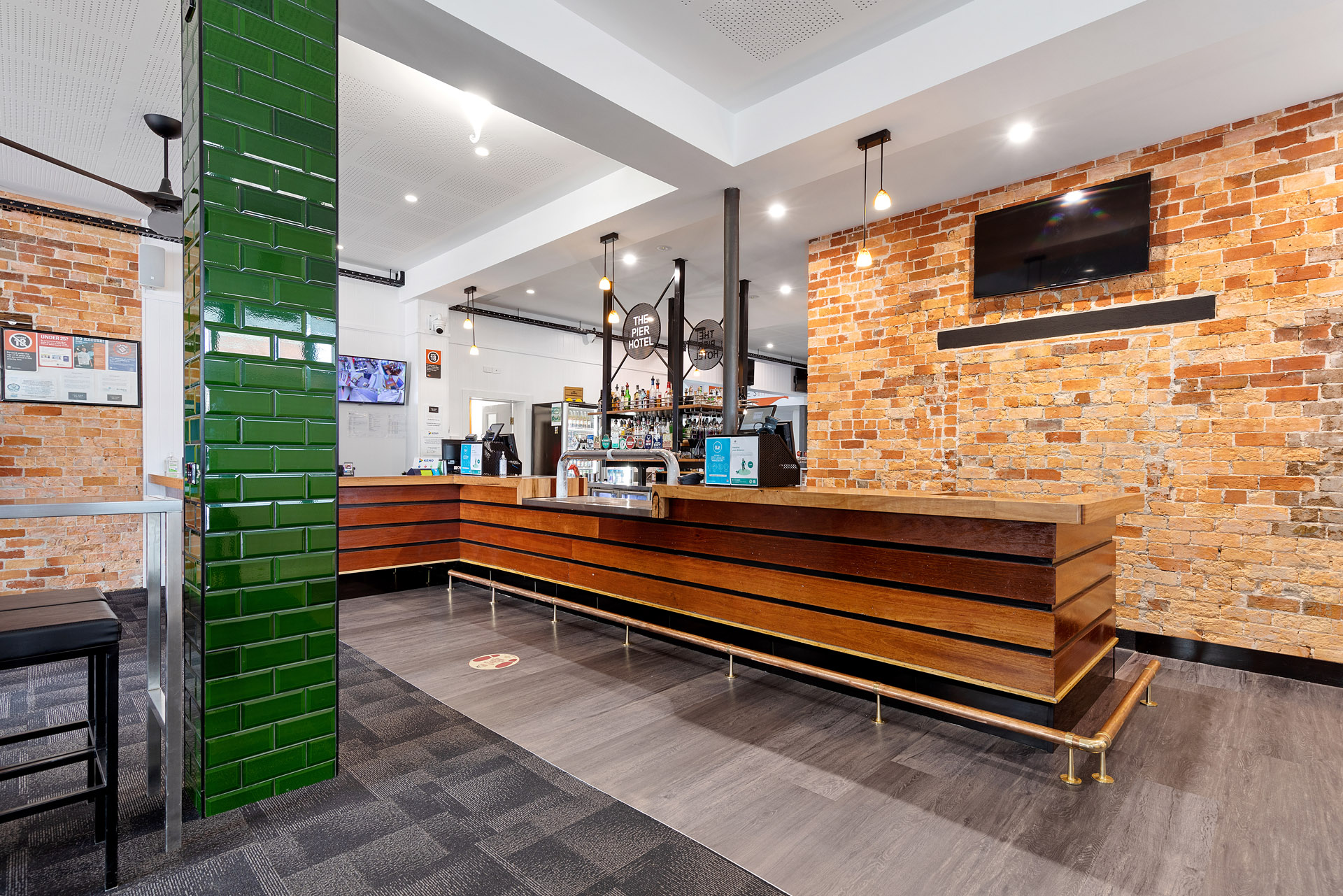 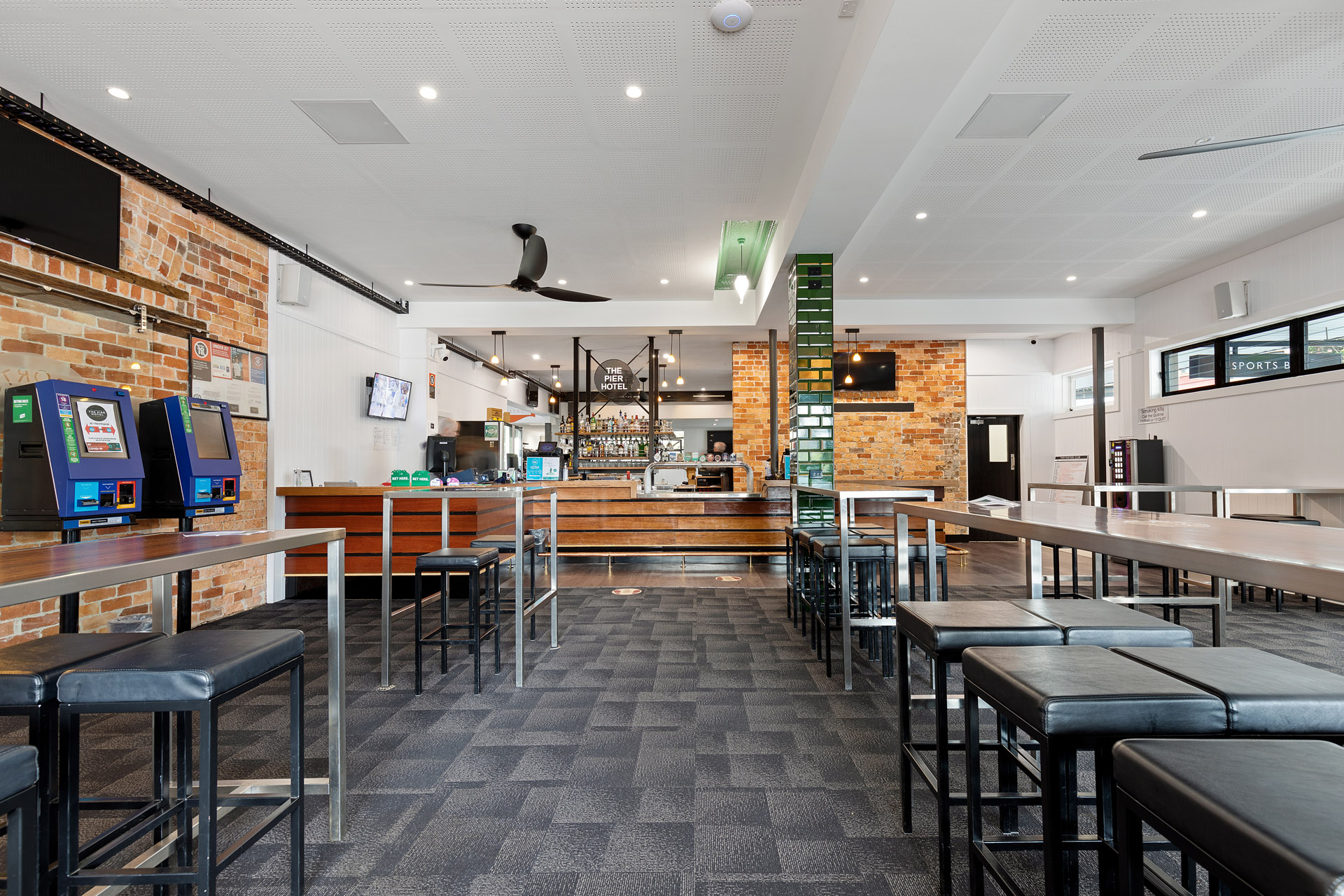 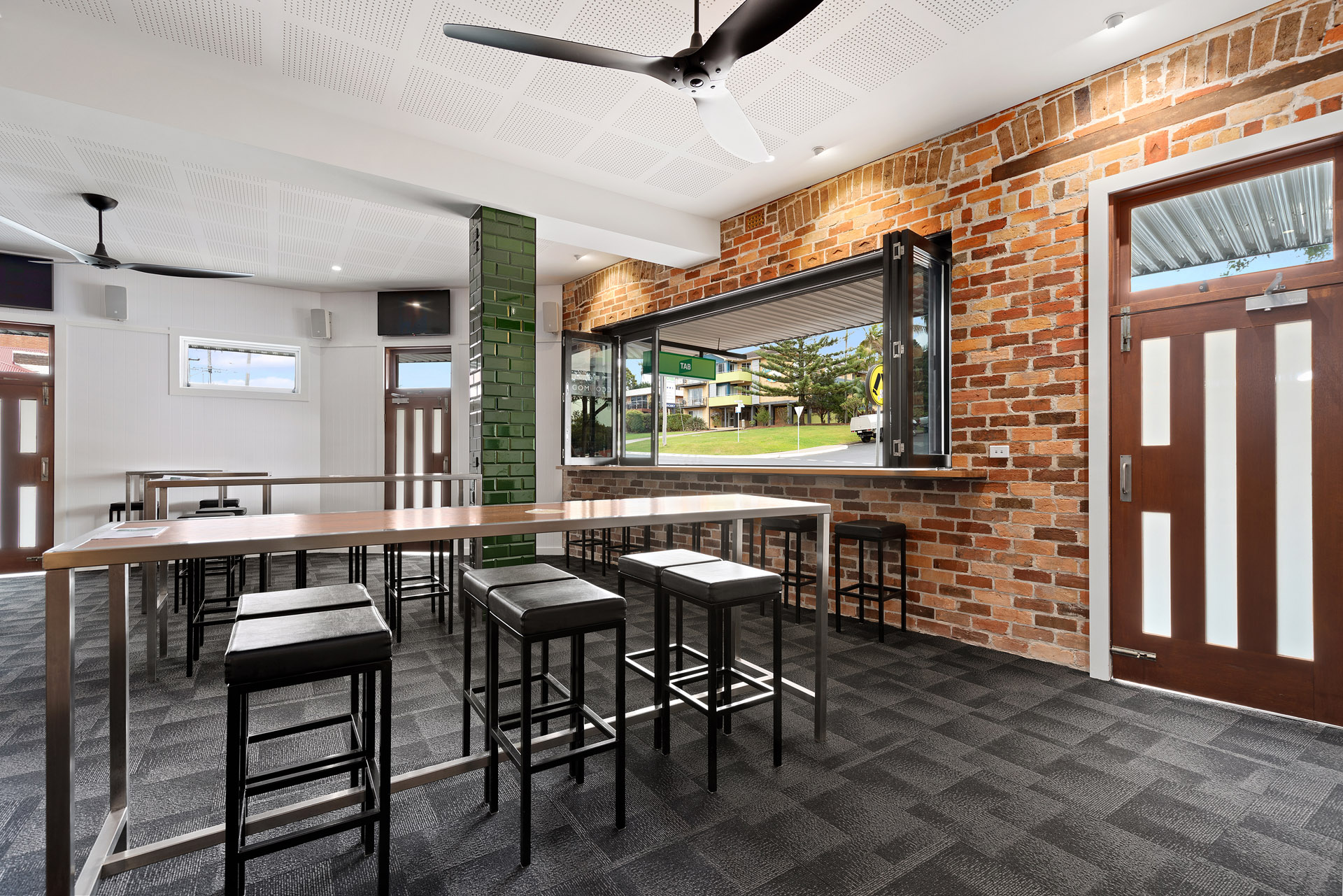 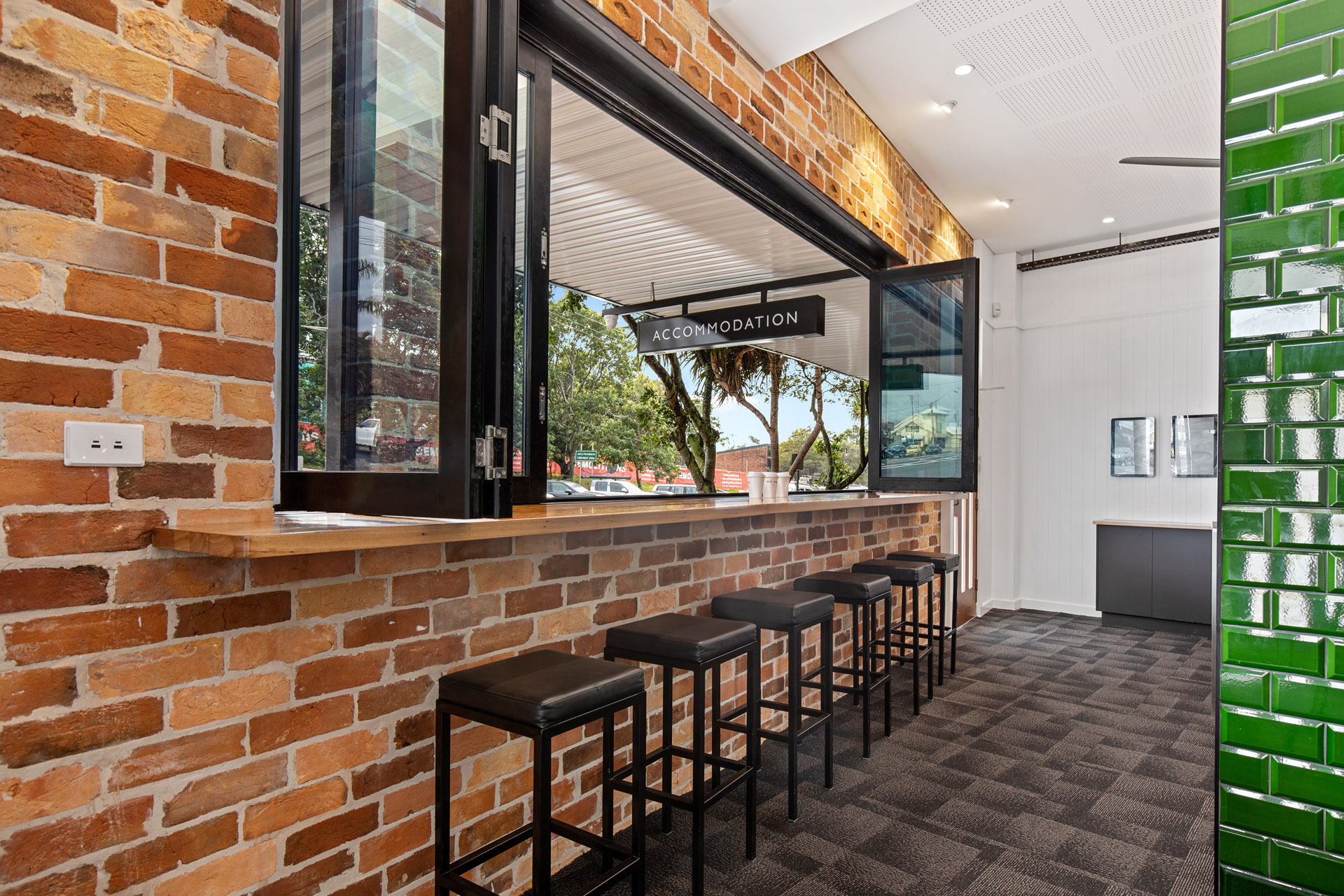 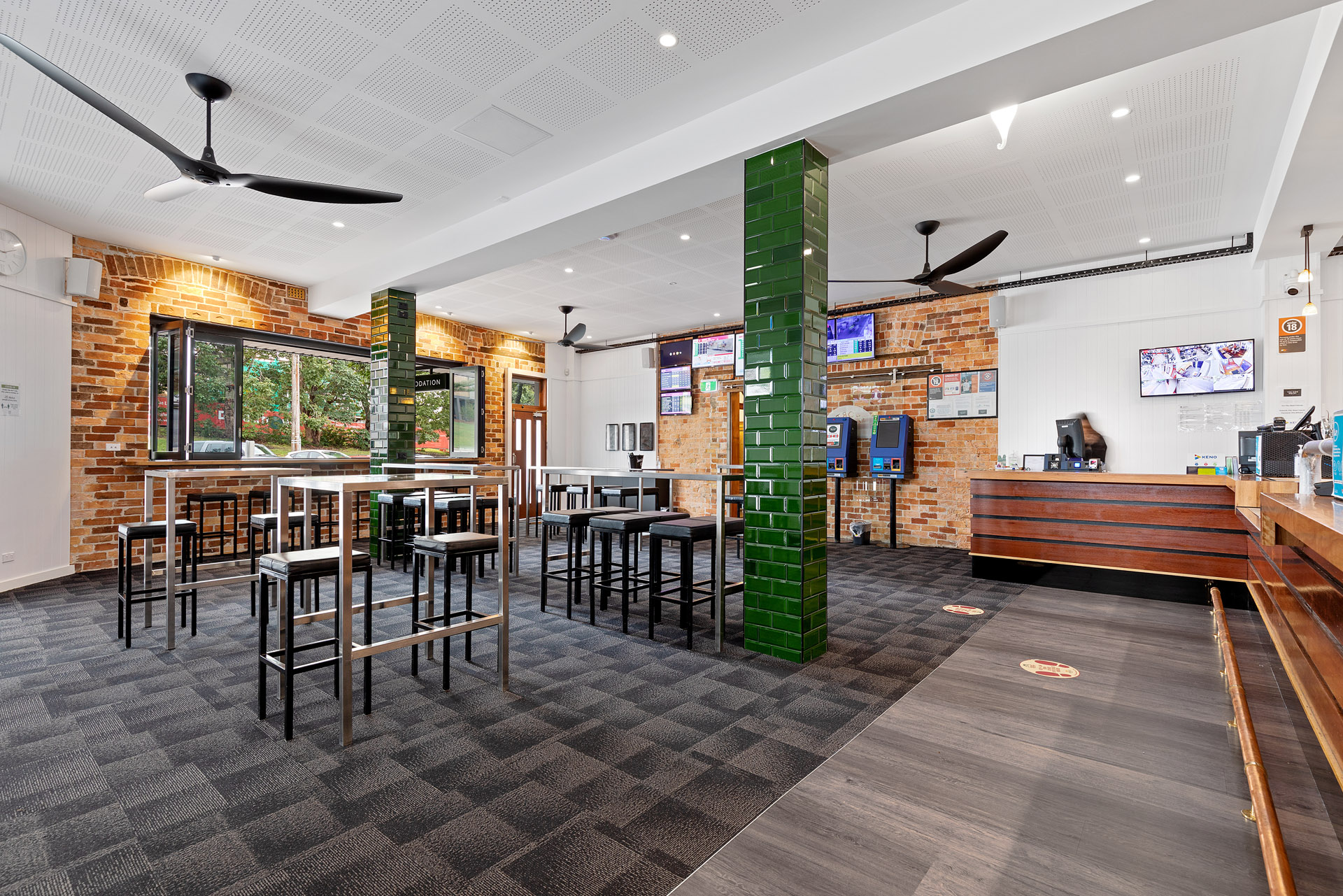 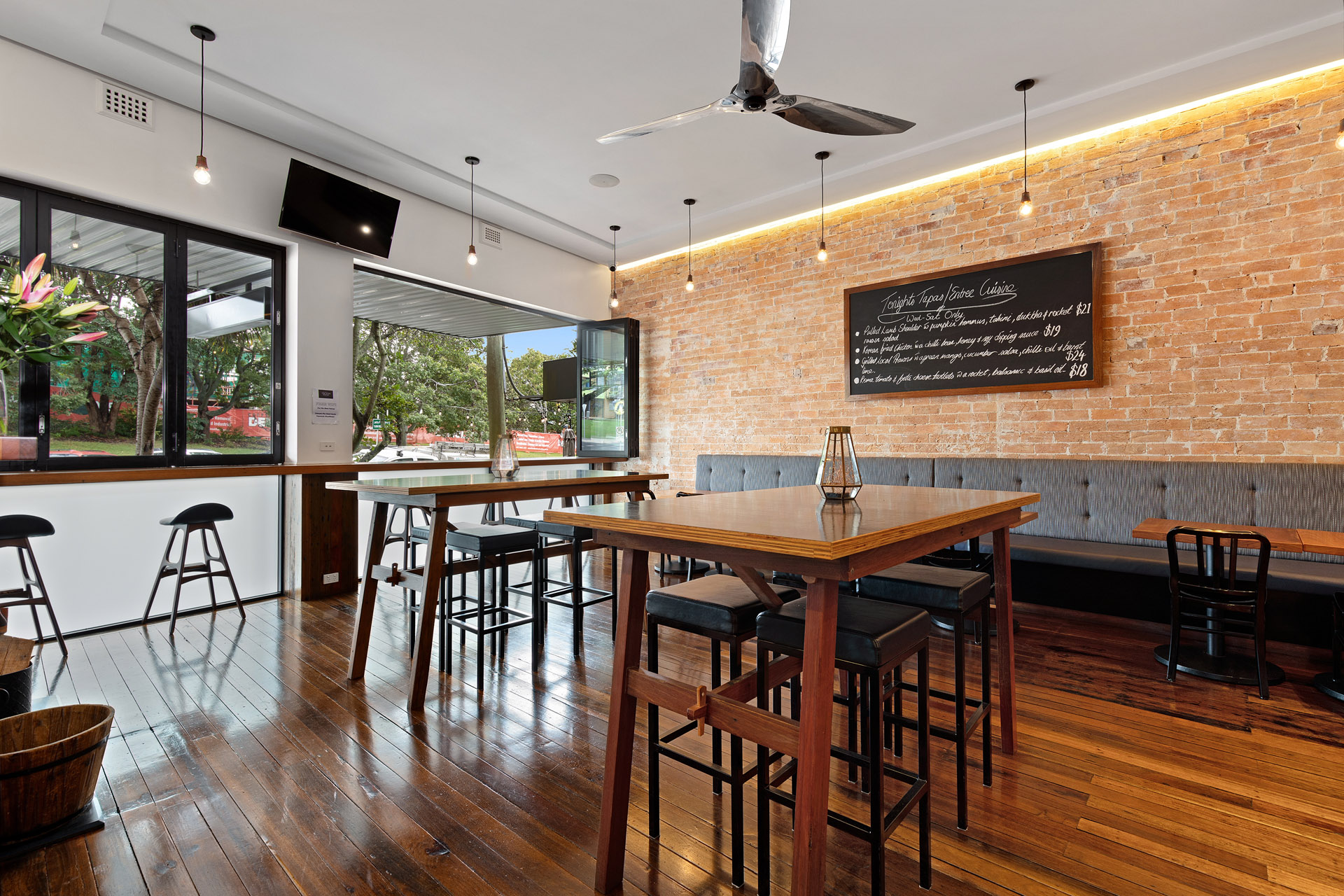 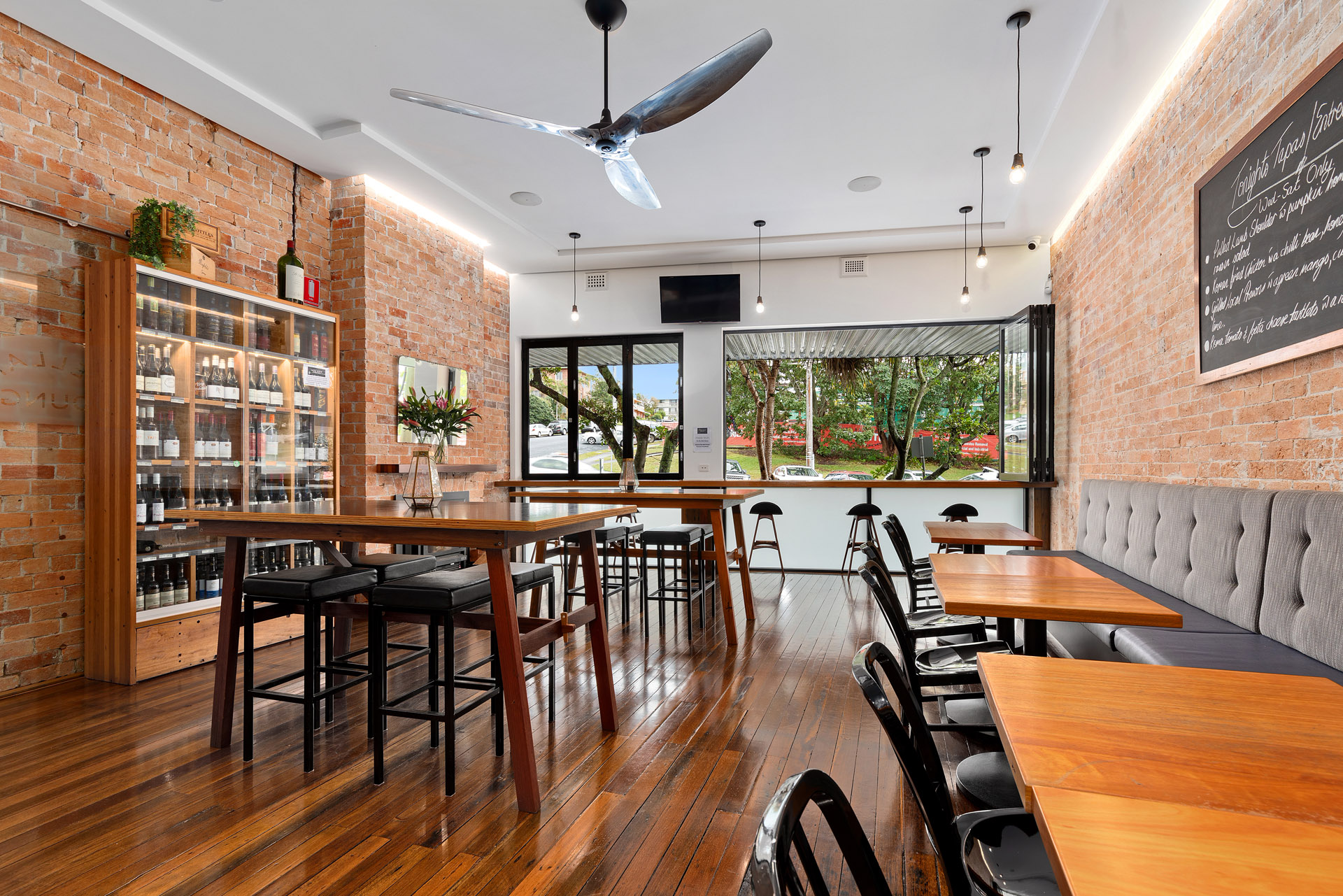 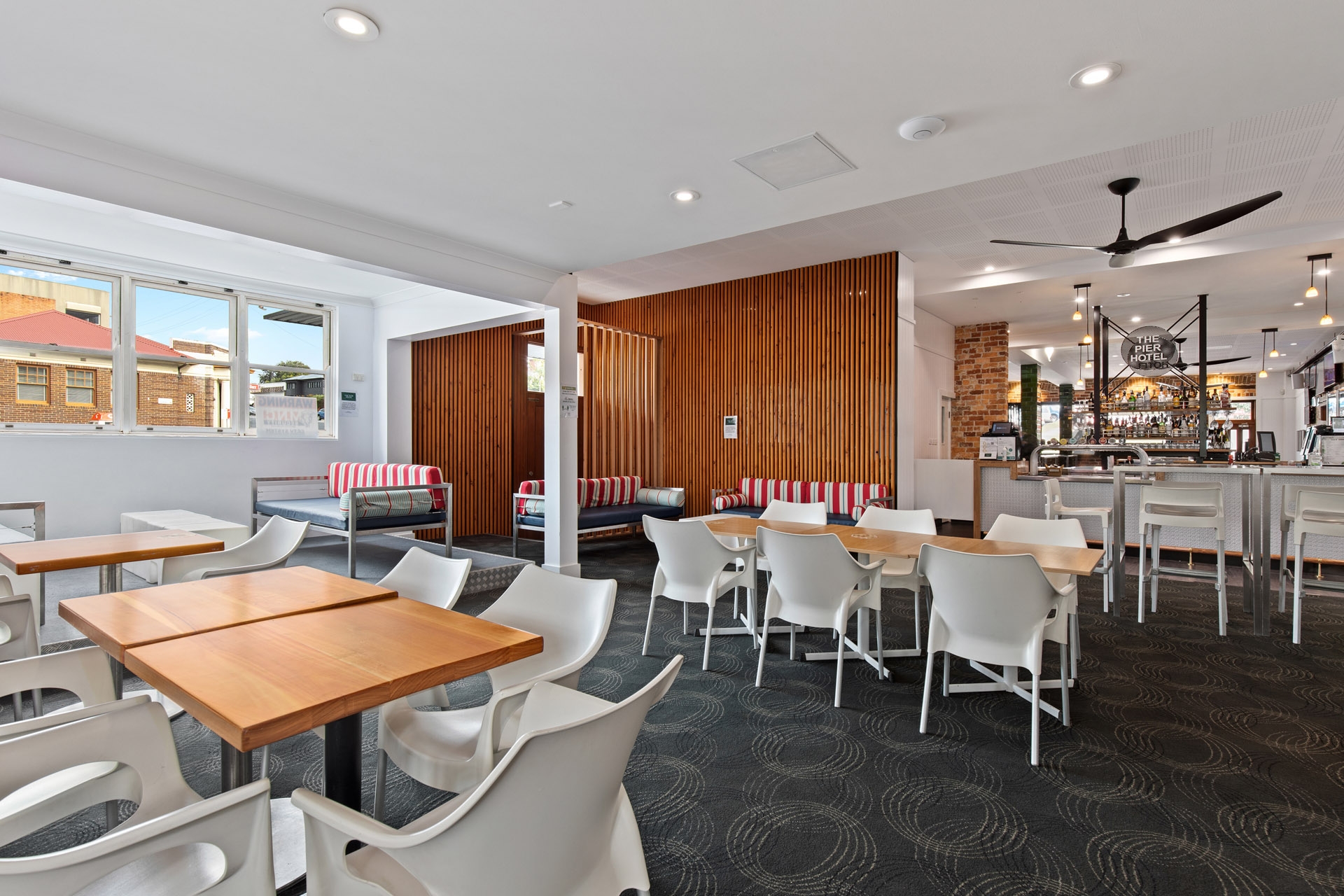 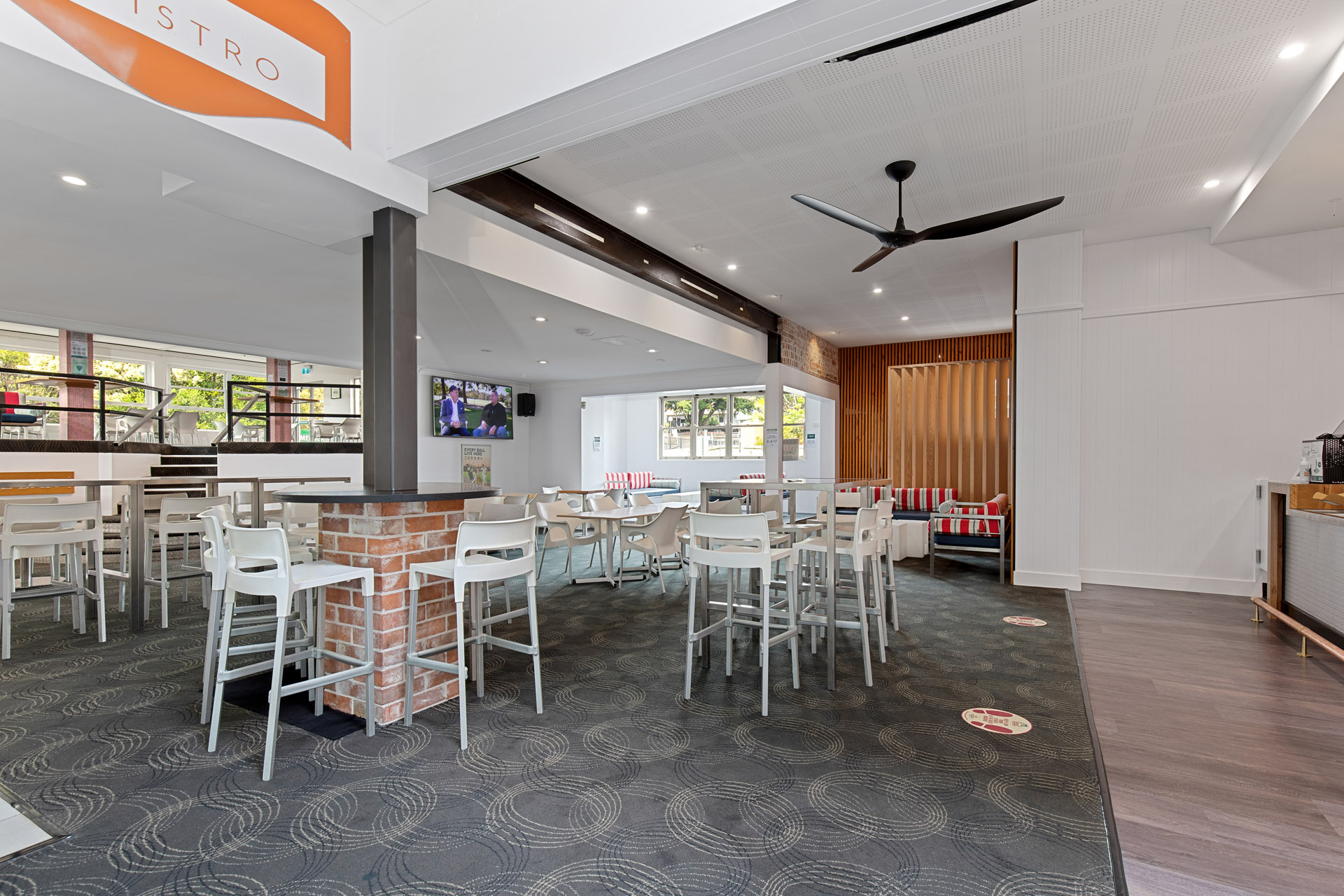 Courtesy Bus:
Use our free Courtesy Bus on Friday and Saturday Nights. Call 6652 2110 or email manager@pierhotelcoffs.com.au to make a booking. Remember to book ahead and check on the day.

Like an Island paradise in a sea of serenity amongst the hurly burly and pandemonium of a cafe strip in central Coffs Harbour. An Island, but with a cool groove, a club experience where the staff make you feel like you're the number one customer. Once you enter the Pier Hotel, you're just not gonna wanna leave. Definitely great food service and delicious at that: bar service was slow, but hey you didn't come to Coffs wearing a watch or to look at the time on your phone did you?

Rip Torn
11:52 05 Dec 21
Great friendly service and comfy room, driving up from Sydney to Byron opted to stop and rest in Coffs.Couldn’t book online due to glitch, manager took my details and booked me in.Staff were friendly and attentive.Room was small but big enough for a one nights rest, shared bathrooms are very clean and it’s nice having your own sink in the room to brush teeth and freshen up.

Michael Gulyas
19:41 08 Nov 21
Great Pub near the Jetty Area that caters for all. I saw 60th Party out the back, upstairs, poker machines, TAB Facilities, and popular accommodation upstairs and more renovations and a good crowd drink there, which when they were closed on Monday couldn't be said for the other Pub I found!

Alan Hampson
23:51 27 Oct 21
Good service and food. I usually have the spaghetti with crab and prawns on every visit because this is my favourite dish. On my last visit (24th September) the prawns weren't fresh which was disappointing. I'm assuming they've been sitting in the freezer due to the 2 week covid lockdown. Apart from that, it's a lovely place for drinks and light entertainment

Sue Standaert
08:39 17 Aug 21
We just wanted to thank Curt and his team at the Pier Hotel for their amazing service at our recent function in the Wine Bar. They were always there when we wanted something, served everything we wanted, when we needed it, and with great big Smiles. The food was excellent as was their service.The Wine Bar is a superb location for an intimate private function - i would recommend to anyone.Thanks again for a special and memorable evening :-)

Stella Stoneley
08:55 22 Jun 21
Very friendly & helpful to me.Got a room @ zero notice & have made my gamble of travel without booking ahead a success .Central to the station. Large open window frontage to the main street is very special on a sunny afternoon.

Robert Kitchen
04:43 17 Jun 21
Went on Tuesday night for a meal, bar and kitchen staff were friendly, food was really good. Didn’t have to wait long... looking forward to next visit :)

justincrawford1974
03:29 28 May 21
This was a good place to stay overnight. Had anticipated the Friday night live music noise and enjoyed the meal.

Alexander Mills
09:29 28 Apr 21
Amazing popped in for some lunch - food and service were exceptional.The Korean Fried Chicken and the pizzas are a must try.You won’t be disappointed.Well done guys!

Shaun Kumar
02:52 02 Apr 21
Just spent a worthwhile 3 hours in the Cellar Lounge at the Pier Hotel... for the 6 degrees co "pitch your idea" event. I hope we can have more events like this.

Barry Shepherd
19:49 20 Feb 21
A quick overnight stay at the Peir Hotel, Good rooms, self contained with shared facilities. Quiet during the day. 😊 Great location and close to resrurants and the jetty.

Michael Hyde
01:57 06 Oct 20
Room was modern design with light colour palate and quality finishes. Our room looked to have been recently renovated and was in prime condition. The room became a little smaller once we opened our bags but still easy to get around. Ensuite was lovely and hot water was very hot. Water pressure was brilliant. A great place for an overnight stay. While the hotel has good casual dining there is also a small dining strip next door for those wanting other options. A thoroughly recommendablemhotel.

Kerri Johnson
06:35 27 Sep 20
Awesome pub, great atmosphere, bar staff were so friendly and the food was amazing. The rooms up stairs are next level especially room 17

John Rowatt
20:46 24 Sep 20
Rooms are great. Friendly bar staff and amazing food. They done a bloody amazing job when it was busy with all the restrictions. Be staying there next time when I'm up there!

Ronnie Pettit
06:48 20 Sep 20
The Pier Hotel very nice and the staff were very friendly, the meals are very nice

Denise Georgeson
04:34 09 Sep 20
Great little pub especially if you get a seat looking onto the street.

David Marshall
10:38 06 Aug 20
The schnitzel was good, but it didn't come with salad. The atmosphere is nice, happy and welcoming in these tense times.

Michael Illenberger
22:28 24 Jul 20
Oh what an absolute gem of a pub this is! We were recommended this pub and were not let down. Is this the East Coasts biggest secret? Greeted on arrival by friendly smiling helpfull staff we were led up to our room via the grand old stairway. The room was stylish, clean, came with an ensuite, and Quiet! Upon dinner time we had a couple of delightful wines beside the enchanting fireplace in an extremely modern cosy wine bar ,next door to the public bar. I must say this hotel has an amasing selection of fantastic reasonably priced wine. Then to dinner and the eye fillet is definately world class. I cant find a steak this good anywhere . I travel all over Australia on a weekly basis and I can assure anyone that this hotel is absolutely top notch. We will be back.

JULIAN BOWMAN
06:04 21 Jul 20
Room was clean, staff were friendly and helpful, free shuttle to and from the airport, we flew up from Sydney for the Elton a John concert and the hotel even provided a shuttle service for us to the gig free of charge. That were very helpful and the place was exactly what I expected. Would stay there again, next time we are in Coffs

Steve F
02:46 26 Feb 20
Great service, excellent food and awesome wine selection, live bands too it's a perfect old style pub with heaps of tap beers and non smoking in the entire building so it doesn't smell. Definitely a win for coffs harbour.

its quinn
02:14 14 Feb 20
Hadn't been here for a while but found that the venue was very clean and had a great vibe. Staff were all friendly and prompt to serve on the bar and picking up used glasses. Live music, food, drinks and great atmosphere. Would highly recommend!

Lucas Beebe
08:51 26 Jan 20
Great old pub. There are options for everyone here. They have the front public bar, sports bar/dining area and a bistro area up a few steps with a great view. There is also a nice quiet bar area on the left hand side of the front entrance. Very impressed with how the place looks and the atmosphere was excellent. Plenty of parking out front and out back.

VIP Membership is available for $5 per members card. This entitles members to discounted food and beer. Members also go into a draw with a minimum win of $500. 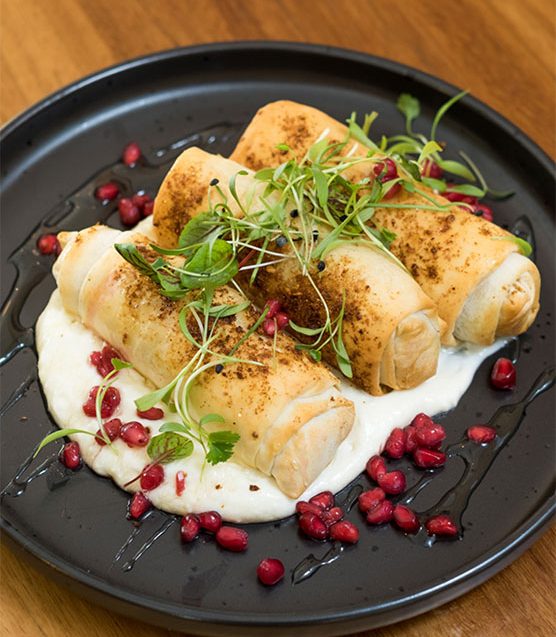 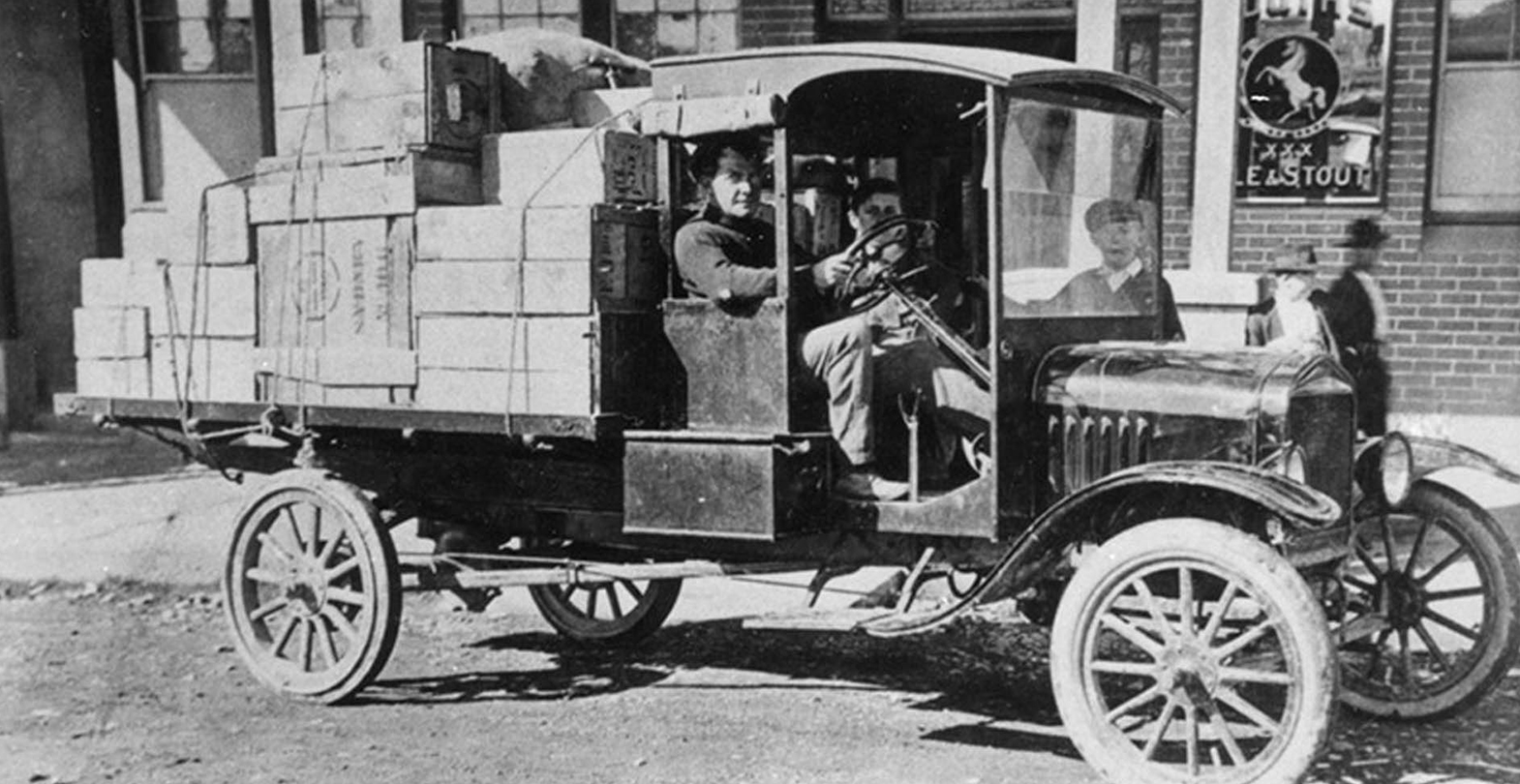 Use our free Courtesy Bus on Friday and Saturday Nights. Call 6652 2110 or email manager@pierhotelcoffs.com.au to make a booking. Remember to book ahead and check on the day.