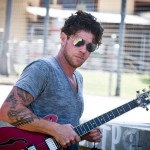 Singer, Guitarist Richie Williams is fast making a name for himself on the Australian east coast. Originally from Sydney now based in Northern NSW, Richie’s captivating melodies and quirky heartfelt lyrics drives his original sound, blending funk based soul with acoustic grooves. Richie is due to release his highly anticipated album this summer that he has been co-writing and recording with producer Murray Burns (Mi-Sex, Party Boys) at Studio 301, Byron Bay.
After 10 years in the Sydney music scene gigging with artists such as Thirsty Merc, D.I.G, Skunkhour, The Black Sorrows and Darryl Braithwaite, Richie spent 3 years on the country music circuit in Tamworth and inland Australia before moving to the north coast.

Expect an unforgettable, energetic live show spurred on by the husky soul vocals of Richie Williams and his funk based rhythm section. Influences are a fusion of Jamiroquai, Hall and Oates, Doobie Bros, Ben Harper, Tom Petty and The Police.

Richie is renowned for his original performances, as well as his quirky interpretations of Soul, Funk and Australian classics. Whether performing solo or with his band, Richie has built up a strong following from patrons for his high energy live shows and a reputation with venues as a hard working performer who delivers every time. 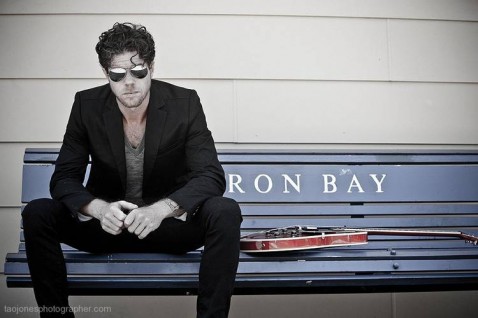